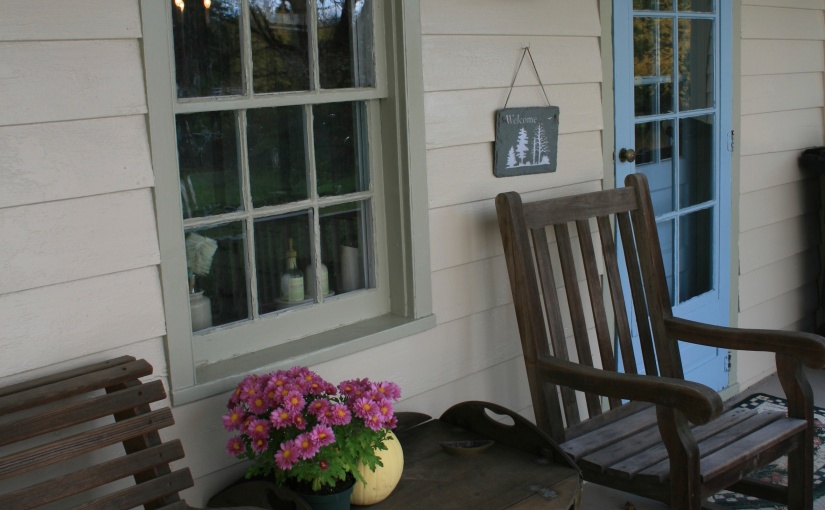 Moving is not for the faint of heart. As I flew north to meet with movers and await confirmation of the actual sale of my home of 25 years, I attempted to plan how it would go – how I would store my furniture for the house we hoped to buy in Maine – how I would ship some things south to our home in Florida – how my friends and I would pack the boxes and the movers would move them.

When I arrived, I learned that the entire population of New Jersey was moving at the end of June. No movers were willing to come talk to me. It did not mater when my closing was. They had no capacity. It did not matter what they had said they could do. That was no longer true. They all were booked.

I called up antique and used furniture dealers but was advised that antiques were no longer in style. Antiques were a glut on the market. Young people were into mid-century modern and IKEA.

What was I to do? I realized I would have to give my things away. I reserved a small U-Haul truck to drive a few possessions to Florida and two men to help me load it. Then I considered my options.

“Habitat for Humanity will take your things,” my son said. “They will come to the house and get everything.” I called them. They were fully booked. They would only accept what was delivered to them. They were very nice. Everyone was moving.

My friend Diane said the Lupus Foundation would pick up anything. Just call them. Sometimes they would make two pick ups a week even. I called. The first time they could come was August. (My closing date was June 30th.)

When I accepted the fact that, in order to close on the sale, I was going to have to give away the contents of my eleven-room house on my own, the move took on new energy. I turned my attention to how I might do that.

I don’t often want to play the age card, but “I’m old!” I wanted to cry. “I can’t manage this!” Sometimes I lack faith. I shared my predicament with my friends.

My friend, Diane, called Lupus and found out they would do a pick-up where she lived. She and her husband had a barn where I could store things until they were picked up. Wow! And they would help me box and move things. (Diane and I were already packing stuff up.)

Another friend, Polly, had helped me clean out the house before I put it on the market. She makes her living selling items at flea markets. I had not thought I would have things for her but I did. When I called her, she was delighted. She had hit a fiscal downturn and been praying for work. Viola! I needed her help and she needed mine. She logged many hours, had a yard sale and helped me move a huge array of possessions out of my home.

My friend, Tamsin, and her family were invaluable. They had a trailer and offered to clean out whatever I couldn’t give away. I gave Tamsin much of my art work. Her husband is a carpenter and loved the carpenter’s chest and Chinese bureau that I had. He insisted on paying me for the bureau over my resistance. Their son and his friends helped load up all those things that hadn’t sold and took them to Good Will. I gave them art by Matt Sesow along with the tv. They were just out of college and starting into their adult lives. My friend, Kathy’s son was about to get married. I gave him an oriental rug.

My feelings as I went through this were ones of joy. My friend Maggie and I boxed up most of my books. They were everywhere in the house. We talked about the old standbys as we boxed. “Ah, Summerhill! Remember that?” “Here is Blue Highways. I loaned you that CD to listen to when you took that Vermont trip?” I felt surrounded by love as I left the home that I had lived in for 25 years. I also felt that I was giving new life to those things that I would no longer be using. I was 66. I could only expect to live another 15 years. What did I actually need going forward? Very little, really. I donated yarn to groups who would use it and much of my spinning fiber to friends. This shedding of stuff was the next right thing in my life.

I was sad that my son wanted so little, but he has his own style – mid-century modern. I love how he decorates his home. We are each free to choose what pleases us. I chose 1850. Now I live in a modern house with the garage, dish washer, garbage disposal and lawn service that I never had. It is fitting, at this point in time, and I enjoy it.

Do I ever miss my old home? Not really. I love having lived there for so long. Houses pass through the generations with each of us adding to them or changing them as we may. I had my turn. I enjoy remembering the worn first step going down to the cellar, a daily reminder that people had lived in my home since before the Civil War. The new owner is doing a total renovation, which I look forward to seeing. The tumble-down house next door was finally torn down, which upped the value of the house substantially. Living in an old house is a challenge that I no longer have to carry.

I only miss two things of all that I gave away, a Matt Sesow painting that hung in my bedroom and my wing chair. Not bad. I bought two little Sesow paintings as a replacement and I watch Facebook marketplace for a wing chair that might work in a more modern Florida house.